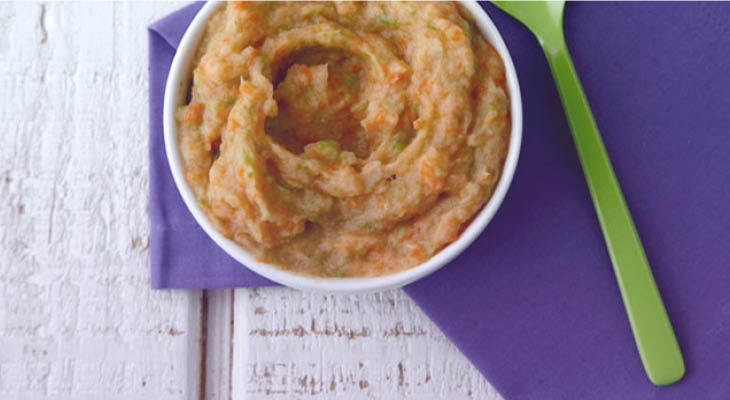 My little Lily Pops has just hit the 7-month mark and after an arduous few weeks of teething and the painful symptoms that come alongside that, her appetite has picked up again and she has been wolfing down her little meals and snacks.

After one particularly hectic evening, I went into the kitchen to prepare a quick little puree for Lily and ended up putting together a concoction of Avocado, Pear and Butternut Squash. Now, I suppose this does sound like a weird combination but Lily absolutely loved it – probably one of the only meals where she has finished the full portion so far! She doesn’t particularly like pear puree on its own, but when mixed with the sweet squash and creamy avocado, it went down a treat. 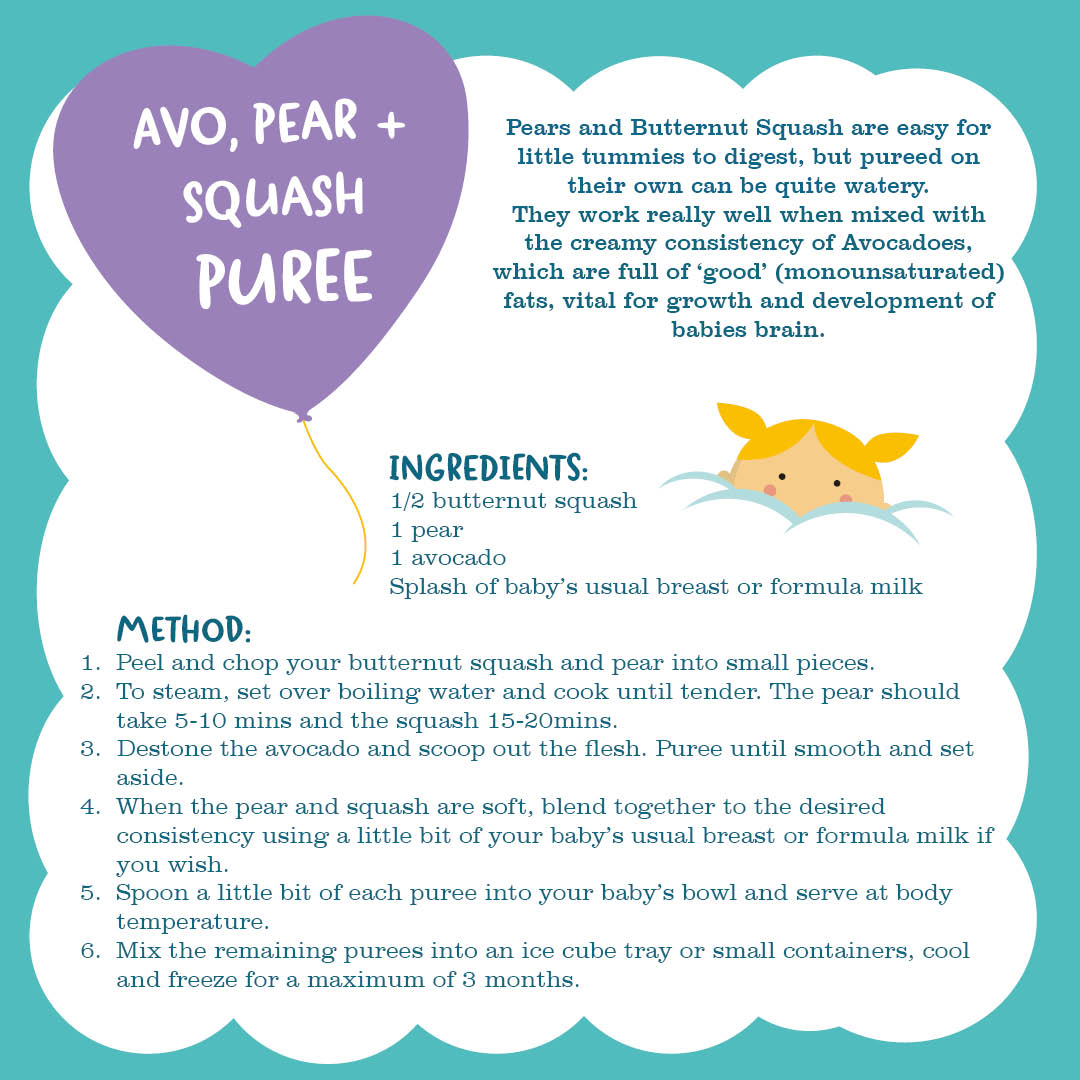 Pears and Butternut Squash are easy for little tummies to digest, but pureed on their own, can be quite watery and harder for baby to eat off her spoon, so both ingredients work really well with the creamy consistency of the avocado. Avocados are a great first baby food and are full of ‘good (monounsaturated) fats,’ which are vital for growth and development of your little one’s brain. They are also bursting with fat-soluble vitamin E, which boosts the immune system.

Despite having been through the weaning journey three times before, every day is a school day and I’m still learning with Lily. Every baby is different and over time, health guidelines and advice changes.

So what are the rules of weaning? Well, that’s the thing…really there are no rules. You know your baby best, you know what they like and what they don’t like.

There are some foods however, that you probably should avoid during the first stage of weaning. Before six months old, babies’ digestive systems are very sensitive to the effects of certain ‘allergen’ foods, as they can cause an allergic reaction.

Allergic reactions involve a rapid response from the immune system and can be dangerous, even life threatening. Symptoms of allergy include vomiting, itching, rash, swelling of the eyes, lips, face, tongue and throat, and having difficulty breathing.

If you have a family history of allergies such as eczema, asthma or any food allergies, you should always check with your GP before offering your baby any of the following potential allergen foods, (even after six months of age).

So what are ‘allergen foods’?

·         Foods containing wheat (e.g. wheat based bread, cereals and pasta, breakfast cereals, rusks). Babies may be sensitive to gluten which is found is wheat, oats, barley and rye

·         Peanuts and peanut products such as peanut butter

·         Sulphites/ Sulphur dioxide. Avoid if there is more than 10mg/kg in the finished product. Non-organic dried fruits such as raisins, sultanas and apricots are likely to have higher levels of sulphites than the organic version.

·         Honey, as it may contain botulism spores and cause severe illness in babies.

I have been blessed with Lily in that (so far!) she hasn’t had any adverse reactions to food. It wasn’t this easy with my eldest two, Joe (now 12) and Cara (10), as we found they were allergic to so many foods including peanuts and dairy.

If you have any concerns about allergies, please speak to your GP or health visitor. Thankfully there is more support and resources available now than there were 10 years ago.

Are you concerned about weaning your baby onto ‘allergenic’ foods? Do you have any tips for introducing other allergenic foods to babies that have experienced another allergy?