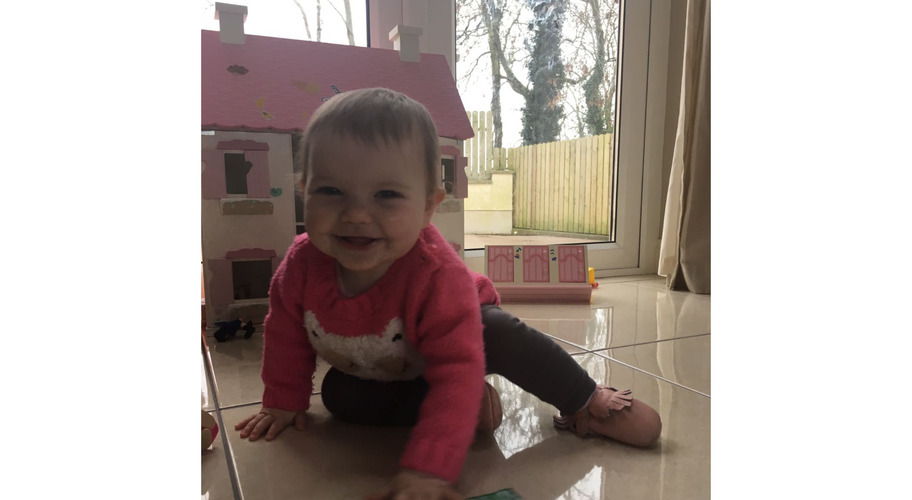 This week our blog will be focusing on the rare condition Phenylketonuria otherwise known as PKU, and we will also be having a look at Lily’s past week in her weaning journey.

Some of you might already be familiar with the condition PKU and some of you might never have heard of it.  It can be a distressing diagnosis for any parent to hear but it is treatable.  Phenylketonuria (PKU) is a rare inherited condition in which there is a build-up of phenylalanine in the body. Phenylalanine is a natural substance and it is a building block of protein.

PKU is a treatable condition, and with treatment, the child affected can grow into a healthy adult.

Babies with PKU appear to be normal but their blood contains too much of a substance called phenylalanine. All babies here in the UK have a test to see if there is too much phenylalanine in their blood. This is called a ‘screening’ test. You know the dreaded heel-prick test that the midwife does on your baby – the one you can’t bear to look at???  (I’ve been through it 4 times and always hated the thought of mine having it done).  If it is positive, a further blood test is done to confirm that the baby has PKU. Treatment is started as soon as possible, usually by the age of 3 weeks.

If the amount of Phenylalanine remains high for many months, it is harmful to the brain hence the importance of early diagnosis.

Phenylalanine is found in the protein part of the food we eat. The treatment for PKU is a low protein diet. This will bring the level of phenylalanine in the blood down to a safe level and therefore will allow for normal development of your baby’s brain.  This means that high protein foods such as meat, cheese, poultry, eggs and milk are not permitted. Instead the diet is supplemented with artificial protein which contains no phenylalanine. This diet is very effective at lowering levels of phenylalanine and allows normal growth and development of the child.

• a diet that is very low in natural protein
• a ‘protein substitute’ that contains tyrosine and all the other amino acids except phenylalanine.


People with PKU also need extra vitamins and minerals, such as calcium,

because these tend to be low in their special diet. Many protein substitutes include the necessary vitamins and minerals.

As soon as it has been confirmed that your baby has PKU, he or she will be started on a special baby milk. This will contain no phenylalanine but it will contain all the other amino acids (the protein substitute) and other things found in normal milk (sugars, fats, vitamins and minerals, such as calcium). The phenylalanine level in blood will fall to the acceptable range within a few days.

At that stage, some of your breast milk or ordinary baby milk will be added. This will provide a small amount of phenylalanine and prevent the blood phenylalanine levels from falling too low. Everyone needs some phenylalanine for growth, even people with PKU.

If you are bottle feeding your baby, you will:

1. start each feed with a small, measured amount of ordinary baby milk

2. then give as much as the baby wants of the special milk that contains no phenylalanin

If you are breastfeeding your baby, you will

1. start most feeds with a measured amount of the special milk that contains no phenylalanine

2. then breast feed on demand.

Giving the special milk first will make the baby less hungry and prevent the baby from taking too much breast milk.

Babies with PKU can be weaned onto solid foods at the usual age, around 4-6 months.  Foods that are very low in phenylalanine are started first. These include fruits, most vegetables and some baby foods. Your dietitian will give you detailed advice. At this stage, you should continue to give your baby some breast milk or some normal baby milk to provide the small amount of phenylalanine that is needed each day. Later, this will be replaced by foods containing phenylalanine, such as potatoes or cereals. You will need to weigh these foods to ensure that you give the right amount. Again, your dietitian will give you detailed instructions.

Your child will have to avoid a number of foods, but special low-protein foods are made for people with PKU. These include special bread, biscuits, pasta etc. Your doctor will give you a prescription for these and your local chemist will be able to get them for you.

This past week Lily has been coming on leaps and bounds in her eating.  She has cut so many new teeth in the past two months which has caused her to feel so miserable at times.  This has of course impacted her desire to eat as her little gums have been so sore.  So it has been a little frustrating at times to say the least.  Thankfully, 6 teeth on, and two more making their way through and she is eating a lot better.

She is pretty much having all her meals at the table with the rest of us and is a very independent little eater.  We have combined normal baby weaning with some baby led weaning and let Lily do her own little thing sometimes.  And it has worked.  I would much rather let her sit and happily munch away on some chopped up finger foods than have her frustrated and not feed from a spoon due to sore gums.  Chewing on little bits of food have had a soothing effect on her gums as opposed to a spoon potentially making them a little more tender.

Some snack foods that she is enjoying at the moment are:

·         Chunks of banana – she REALLY loves banana and will only eat it if she can hold it herself!

·         Our yummy wafer wisp covered in Hummus – a little messy but she devours these.

·         Pieces of apple/pear gently stewed so they are soft and juicy.  I just cut an apple into eight pieces and stew in a little hot water for about 6-8 minutes or until tender.  Store them in the fridge covered in the cooking juice in an airtight container.  She loves them straight from the fridge.

·         Coconut yoghurts – as we are following Cow’s milk free weaning we are using coconut milk yoghurts like CoYo and the Coconut Collaborative so that Lily can get used to the consistency of yoghurt.  Sometimes I add a little bit of one of our Coconut squishies for a little flavour.

·         A new one added to the list of veggies is broccoli – she loves eating these as little finger foods along with her dinner.

·         Leek and potato soup – this has to be one of the easiest little soups to make and lily just loves it with a chunk of crusty bread.

·         Now that she has passed the 10months old stage, she has been trying, and loving, our Happy Halo Bites.  She eats them both as finger food snacks, but also as a breakfast cereal with a little bit of her normal milk

·  This is a real store-cupboard dinner that all my 4 have devoured over the years, mashed potatoes, baked beans and tuna.  Isn’t it a weird concoction!  But believe me it is so good and has saved the day many a time.  I literally takes no time at all to make and is filling for little tummies.  Lily has just tried this last week and is a fan already.  See recipe below.

1.      Chop potatoes into halves or quarters so they will cook quickly, and place into a pan of boiling water.  Boil for about 5 minutes or until cooked through.  Drain the water off and allow to dry a little.

2.      Warm the baked beans through in a saucepan or microwave ensuring they are warmed through.

3.      Put required amount of potato into a bowl and mash with a small knob of butter (or dairy free spread), add the beans and mix through along with the tuna and serve.